Cone beam technology has become increasingly important in the planning and placing of dental implants, ENT diagnosis, orthopedics procedures, and intervention radiology. With the increased use of such technology, cone beam scanners are now complimenting more dental procedures, such as in the specific fields of oral surgery, endodontics, and orthodontics. Cone beam technology is also a valuable tool for positioning and verification in image-guided radiation therapy. 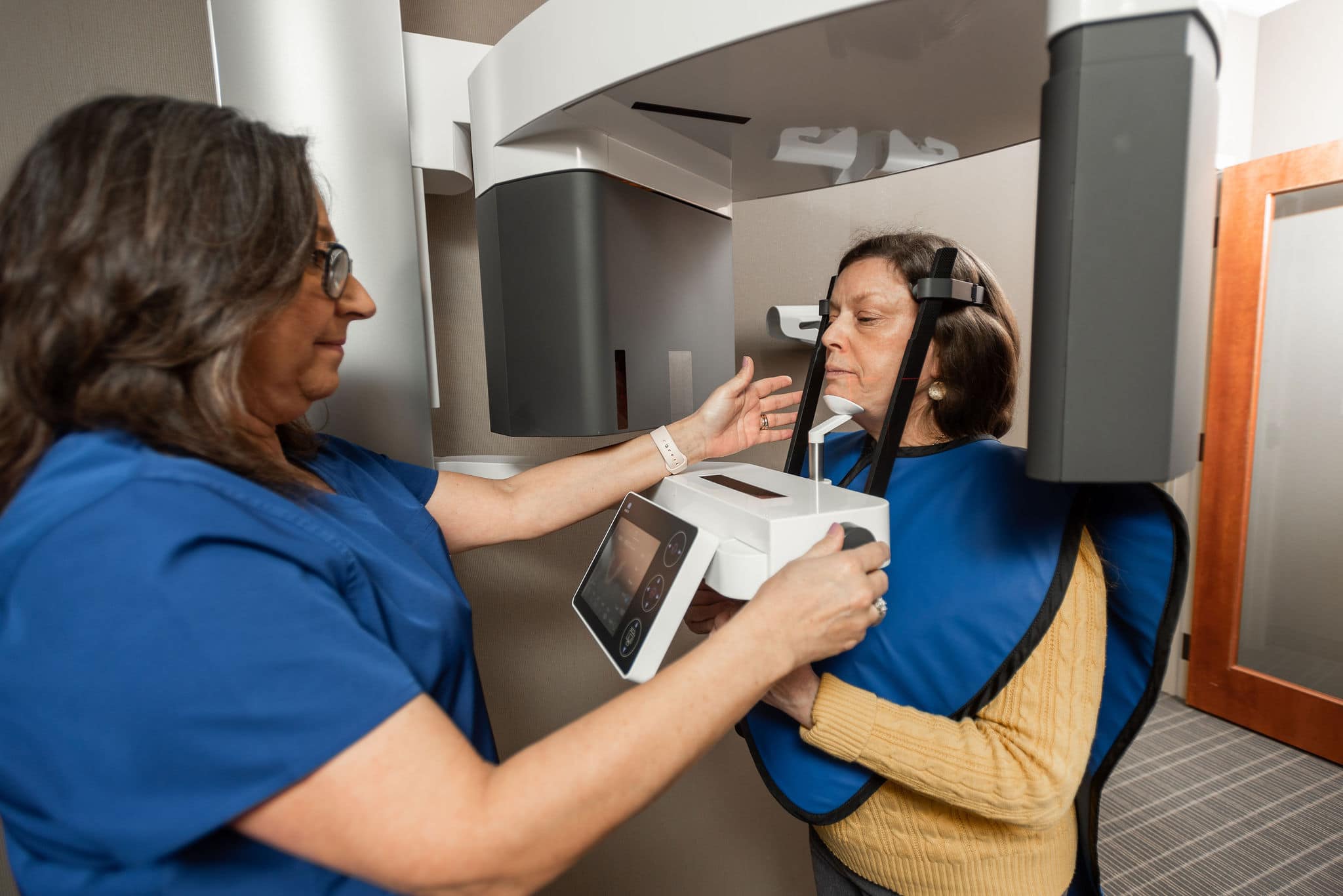 We are proud to have a well-educated, patient-minded staff

We specialize in the treatment of gum disease, cosmetic gum procedures, implant replacement of single or multiple missing teeth by both conservative and surgical methods. We make every attempt to make you as relaxed and comfortable as possible, as we know that going to the dentist, or dental specialist like a periodontist, may not be easy for you. We are proud to have a well-educated, patient-minded staff that will allow for a great experience for you.

Cone beam technology, CBCT, or Cone Beam CT, is a medical imaging technique comprised of X-ray computed tomography where the X-rays are contrasting or divergent, forming a cone.

Cone beam technology has some similarities with conventional X-rays, and with the CT scans you might get at a hospital visit. But it is a major advancement in technology and diagnostic precision. For PerioImplant Associates, it offers the ability for us to visualize intricate structures inside your mouth, such as nerves, root canals, and sinuses in the jaw, in three dimensions, without any surgery. For you, it reduces the need for invasive procedures, shortens your treatment time and can offer the opportunity for a better and more controlled outcome.

The Benefits of Cone Beam Technology for You

Your situation is unique and must always be carefully reviewed by our team before any procedure is performed. While cone beam technology does deliver a smaller dose of radiation than other diagnostic tests, it still carries an exceedingly small risk for younger patients or those with other health problems. As with any medical procedure, all risks, benefits, and alternatives are assessed before the procedure will be recommended.

Our goal is to get you back to smiling and chewing with confidence. With our qualified staff and compassionate team, we will listen to your questions and desires to find the best solution for your dental health.

X-rays, like visible light, are a form of energy on the electromagnetic spectrum. Light makes an image on photographic film, or a digital camera sensor, and X-rays can also form an image. The major difference is that energetic X-rays can penetrate bone and soft tissue and can reveal hidden structures by the varying degrees of absorption. A grayscale picture is formed of what is underneath the surface. Conventional X-rays are limited because they only show one perspective or dimension of the image.

Now imagine a series of images, each slightly different. When you progress through them rapidly you see an object from different perspectives. If you put together an entire series of X-ray images of the same subject, all taken at slightly different angles, you will be able to create a moving X-rays animation of the object. And from there, it is just one more step to creating a 3-D model.

That is exactly what cone beam scanners do. Using a rotating imaging device that circles around your head, the scanner captures between 150 and 600 different X-ray views in less than a minute. From there a computer processes the recorded information and generates a virtual model of the specific area under study. When it is completed, the model appears as a three-dimensional image on a computer screen. PerioImplant Associates can then rotate it up and down and from side to side, examine in further detail, and manipulate it in numerous ways, all without you feeling any discomfort.

When Cone Beam Technology is Used

The ability to identify details on small, fine, anatomical structures in 3-D has proven invaluable in PerioImplant Associates treating and assisting with conditions in many areas of dentistry. Here are just a few examples:

The Cost of Your Cone Beam Scan

Our Specialists Tell Our Story Best

Dr. Ramsey Burton is originally from Nashville, TN. He received both his undergraduate and doctorate degrees from the University of Louisville. Following dental school, he completed periodontal specialty training at the University of Kentucky.

Dr. Courtney Shearer was born and raised in Louisville, KY. She attended Washington and Lee University for her undergraduate degree. She then attended the University of Louisville School of Dentistry where she received her Doctorate in Dentistry.

We will treat you with the gratitude and respect you deserve.

Our business team will help you navigate and file your insurance claims to help you maximize your benefits. We will track and follow-up on delayed claims, as well as provide dental X-rays and written diagnostic reports should your insurance company have questions about our services provided. 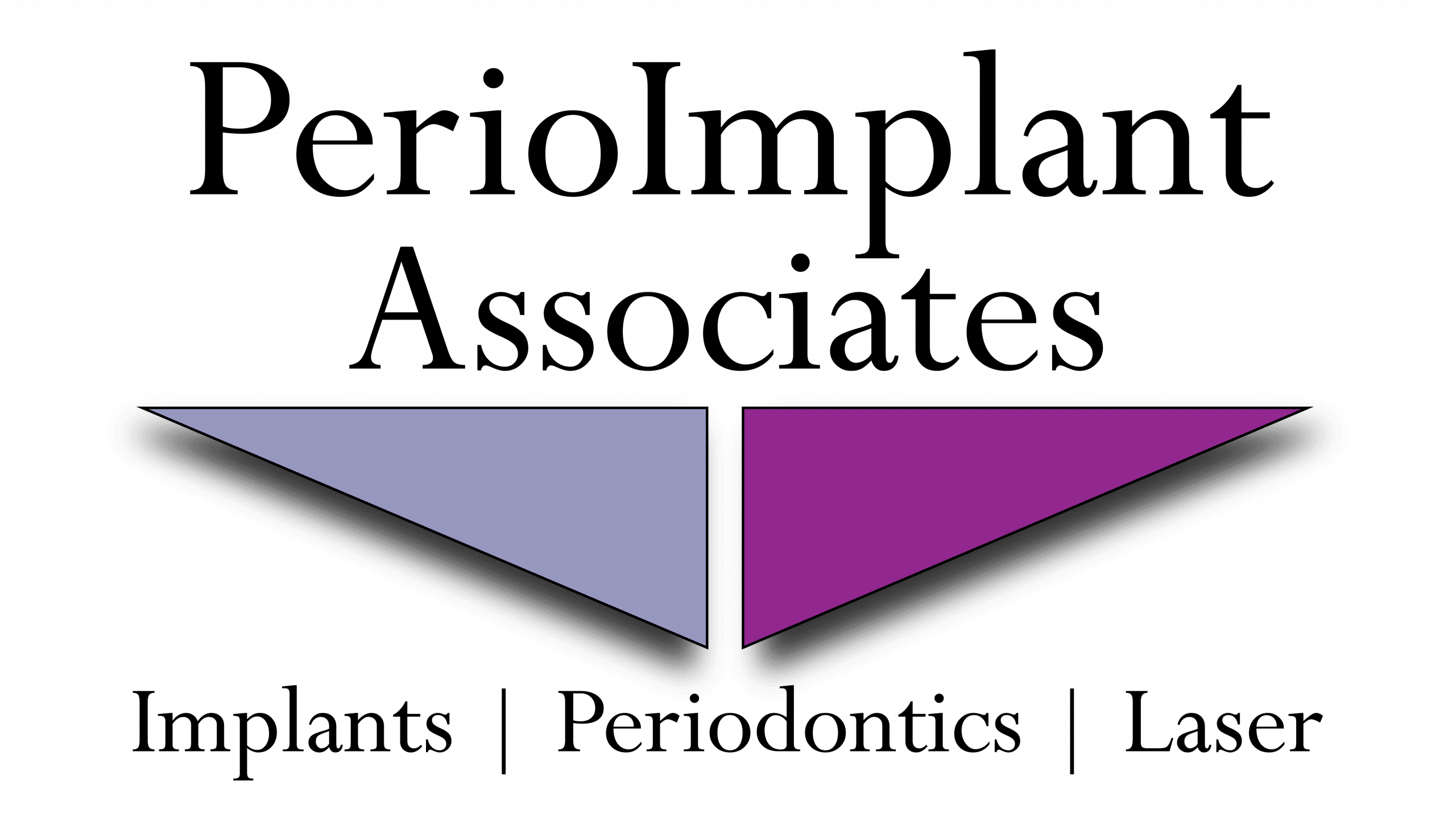 A Warm and Caring Welcome to Our Practice

Our entire team at PerioImplant Associates has one paramount focus, and that is to serve you. It can be natural for you to be uneasy or anxious about visiting a general dentist, or even a dental specialist such as a periodontist. Understanding that, we will always take the time necessary in explaining the benefits of the procedure that is being proposed for your dental health. Both offices, Louisville, KY, and New Albany, IN, are completely trained to address any and all issues and concerns. We will share the aspects of periodontal treatment, introduce our staff, and explain any office policies. Call us today about an evaluation for a cone beam technology procedure for you. Each of us will greet you with a smile and send you home with a healthy smile of your own that only you can share.